Is Japanese Knotweed Facing Its Nemesis At Last? 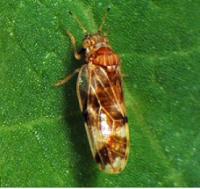 In 2010, we reported that The Department for Environment, Food and Rural Affairs (DEFRA) and the Welsh government had approved the release of the psyllid Aphalara itadori (louse) to help stop the spread of Japanese Knotweed.

Three years later, scientists are hopeful as the louse has overwintered well over the last two years. This is no quick fix as it is reported that it could take several years for positive results to be seen.

Until then house owners and alike will have to let the louse fight the battle for equilibrium, as well as continue the struggle to stop it invading gardens and other settings like railways and commercial properties.

Is Japanese Knotweed Facing Its Nemesis At Last? was published on 10 December 2013 in categories on the Ai Solutions Blog.
Previous Entry The Truth About the Dangers of Asbestos November 28, 2013
Next Entry Revised Asbestos ACOPs December 27, 2013