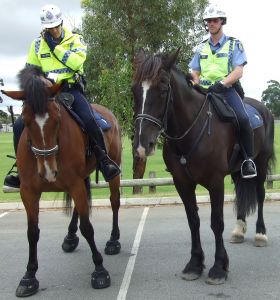 The Construction Enquirer reported that Police and angry construction workers had a tense stand-off at the entrance to the Vivergo biofuel site near Hull recently as a row over a trade package on the job escalated.

Is this a sign of the times as more and more construction companies lay off staff, or worse, go bust? Hundreds of workers contracted to build the plant have been told they have no job after pipework subcontractor Redhall Engineering Solutions fell out with Vivergo. About 25 police officers, along with two police horses, were sent to the site to ensure the protest did not get out of hand. There were heated arguments as officers refused to allow protesters to get on to the construction site.

How much more can the Construction Industry stand as more and more cut-backs occur and employees lose their jobs? It's a sad state of affairs.

For more on this article go to Police and construction workers clash over site row.

Mid-March Protest - A Sign of the Times? was published on 16 March 2011 in categories on the Ai Solutions Blog.
Previous Entry HSE Announce Plans For Cost Cutting in Recessionary Times March 15, 2011
Next Entry £700m Super Framework March 16, 2011