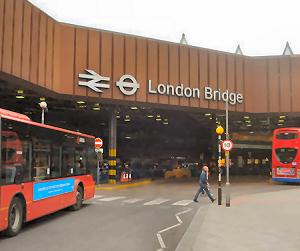 The London Bridge re-vamp work has finally been approved by Southwark Council. The contractor, Osborne, will start initial non-disruptive preparatory work in 2012 under a £10m-plus contract.

The work will involve removing and transferring key station services and assets, such as telecoms cabling, around the station by 2013. Work will continue after the Olympic Games next summer, with major work on its £400m contract due begin in 2013. The station will remain operational throughout the redevelopment and will be complete in 2018.

David Higgins, Network Rail's chief executive, said: "London Bridge is one of the busiest stations in the country and this investment is vital for passengers who want more space, less congestion and better services"

Further details and architecht's impressions of the new station can be found on the London Bridge redevelopment pages of Network Rail's website.

A video is also available:

London Bridge Revamp was published on 22 December 2011 in categories on the Ai Solutions Blog.
Previous Entry HSE: Plan of Work 2012 December 20, 2011
Next Entry Get Britain Building Programme - Get Involved! December 22, 2011