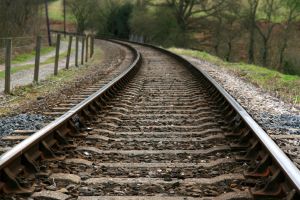 It would seem that the McNulty report has stirred up quite a lot of reaction. Sir Roy McNulty has maintained that £1 billion a year could be saved. That's the equivalent of 20 per cent of the present public subsidy to railways in Britain. His report also states that there will be a 'levelling of fares' with the main sufferers being the off peak travellers.

The report has not been well received by the unions who have already been voicing their resentment at suggestions that railway staff are overpaid. There is also concern about the possibility of allowing private sector train operators to maintain some parts of the network which has angered some members.

So his report has angered both passengers and staff. But what are his main objectives? Well the most immediate is to cut over £1 billion a year and to improve the service for the passengers. As regular users of the rail network we would support him in this however it seems he has a long way to go to achieve his goals.

McNulty Report Angers Rail Staff and Passengers was published on 23 May 2011 in categories on the Ai Solutions Blog.
Previous Entry RIDDOR Change is Bad News, Lawyer Warns May 18, 2011
Next Entry Last Resort Fund for Asbestos Victims May 27, 2011